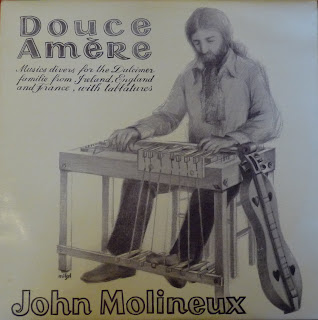 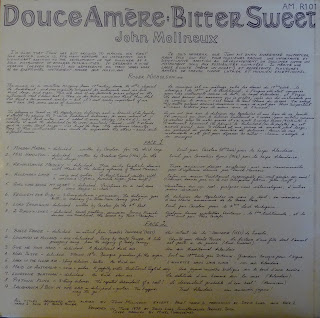 Here's a really beautiful folk lp from 1978 by John Molineux, musician and instrument-maker, featuring his invention, the dulcichord, a kind of sophisiticated dulcimer. John was born in America but lives in France since the 70's (in Britain, not so far from where i live). He was a member of the John Renbourn Group for a few years and released two lps on his own. This is his first one, and it includes a good selection of traditionnal tunes and songs from Ireland, England and France. The irish harp tunes in particular, (from O'Carolan and others) sounds beautiful on the dulcichord. It features also some of my favorite ballads (Rosemary Lane, Lowlands of Holland), so, in brief, it's a record i cherished for many years and i wanted to share it with you...
-John, who is also a story-teller, has a website you can visit here
-You can buy a compilation cd of his first two lps here (french record company's Kerig)
Download here
Publié par Gadaya à l'adresse 11:12 AM 3 comments: 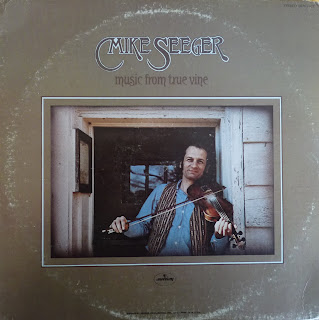 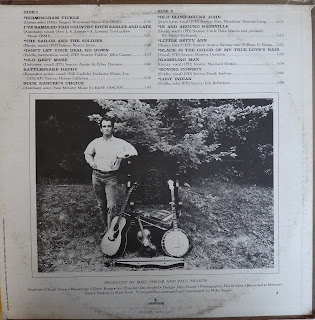 This is an out-of-print lp released in 1972 by Mercury Records by Mike Seeger, one of my favorite american roots music revivalist. Mike can play on most of the folk instruments and always delivers refreshing versions of old ballads, string-band music, country blues... On this lp he plays guitar, banjo, autoharp, mountain dulcimer, jaw's harp, fiddle and sings a delightful unaccompanied version of the ballad "Black is the color of my true love's hair". He also plays a really nice tune/song on the banjo called "Little Betty Ann" which is a variation of the "Shady Grove" melody.
Enjoy
DOWNLOAD HERE
For Jeff of "Deep Creek Strings"
Publié par Gadaya à l'adresse 7:10 AM 5 comments: