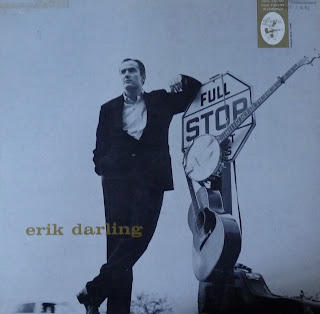 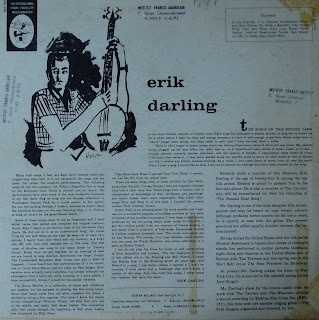 Erik Darling was a fine folk singer, banjo and guitar player that emerged during the Folk Revival and passed away last year at the age of 74.. In the 1950's, he formed the Tarriers, a succesful folk group that created a calypso craze with "The Banana Boat Song". He later joined the Weavers to replace Pete Seeger and formed another succesfull band called "The Rooftop Singers" who made a hit with the old jug band song "Walk Right In".He played on many sessions with other folk singers, including Ramblin' Jack Elliot, Judy Collins, Jean Ritchie, etc... He recorded also some fine solo lps and wrote an autobiography which tells of his experiences and aventures during the great days of the Folk Revival, including the famous folk music sunday sessions on Washington Square in New York.
You can visit his website and order the book (which contains a cd with 24 songs) here.
Here's is first solo lp for Elektra Records.
DOWNLOAD HERE (my copy is a bit scratchy but i hope you'll enjoy this nice folk lp from the 1960's)
Publié par Gadaya à l'adresse 6:09 AM 5 comments:

The World's Jukebox, my blog devoted to ethnic and regional musical from all around the world is taking a new direction. Since i started it, i would post once in a while some tracks from cd reissues of ethnic music that i loved, hoping it would give to people interested in the music the desire to eventually buy this records and learn more about the musical traditions that i find fascinating. I want now to do more than that and present entire lp records from my collection that features one country's musical traditions. I'll start by posting some volumes of a serie edited by Alan Lomax called "The World Library of Primitive and Folk Music". Issued in the 1950's and 1960's by Columbia Records, its a pioneering project to present the world's musical traditions on long playing records, with extensive liner notes. I'll try to post a new volume every week, depending on the time i have,between working on my other blog "The Old, Weird America", my job, my family and playing music... Of course, i'll continue to post from time to time Old-time, folk and Blues lps here... See you soon, and enjoy the music...
Publié par Gadaya à l'adresse 2:53 PM 6 comments: 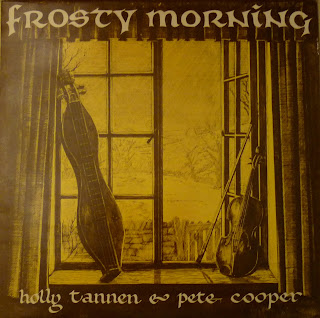 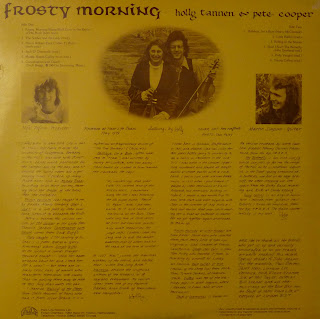 After a few weeks far from home i'm back for a new post, another fine folk lp from my collection that i want to share with you. "Frosty Morning" is a collaboration between an american dulcimer player and singer, Holly Tannen, and a english fiddle player, Pete Cooper. (Martin Simpson plays guitar on some tracks also);It was recorded in England in 1979 and issued by Plant Life Records. The record is a good mix of musics i love: American and Irish fiddle tunes, traditionnal ballads and old-timey american songs, an elizabethan lute piece played on the mountain dulcimer, etc... The duo had recorded only this album together but you can check their websites (click on their names) to learn more about them and their music.
DOWNLOAD HERE
Publié par Gadaya à l'adresse 2:49 PM 3 comments: