The Irish Pipes of Finbar Furey 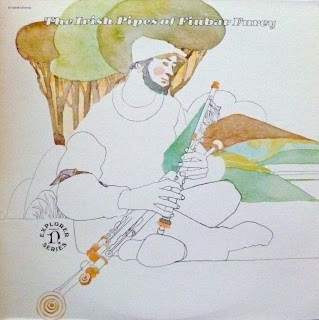 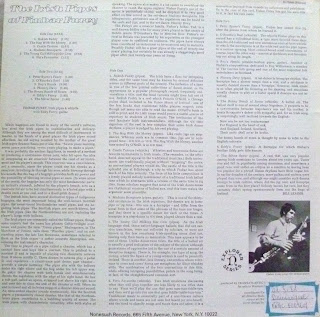 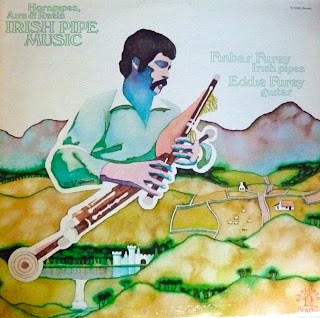 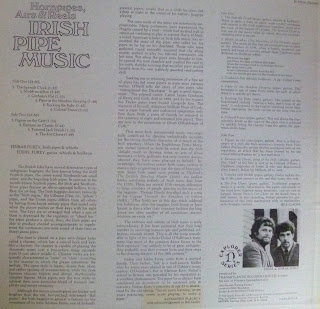 Here are two lps from the Nonesuch Explorer series featuring the Irish Pipe (and whistle) playing of a then, very young Finbar Furey (i believe he was only 23 when he recorded this) with his brother Eddie who adds some guitar and bodhran here and there. While i'm not a big fan of the more folky stuff he recorded after, i do love his bagpipe playing here, and i believe this were the first pipe lps i bought some years ago so it's good to return to them again...
1.Rakish Paddy
2.The Hag with the money
3.Castle Terrace
4.Madame Bonaparte
5.The Young Girl Milking her Cow
6.Fin's Favourite
7.Peter Byrne's Fancy
8.O'Rourke's Reel
9. Roy's Hands
10.Planxty Davy
11.The Bonny Bunch of Roses
12.Eddy's Fancy
13.The Silver Spear
14.The Spanish Cloak
15.Sliabh na mBan
16.Graham's Flat
17.Piper's in the Meadow Straying
18.Rocking The Baby
19.Colonel Fraser
20.Pigeon on the gate
21.Eamonn an Chnuic
22.Tattered Jack Welch
23.The Fox Chase
Download here
Publié par Gadaya à l'adresse 11:58 AM

I LOVED this!!! I was particularly struck by the Fox chase track at the end ....... reminded me so much of one of Sonny Terry's great harmonica solos on the same subject - can't remember the name of that.

Thank you so much :)

The Irish Pipes of Finbar Furey
...that was my very first Irish & piping LP :)

and like you said the later work was not that much fun...