Africa and The Blues 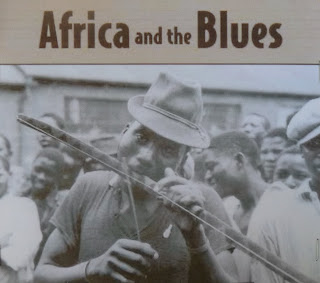 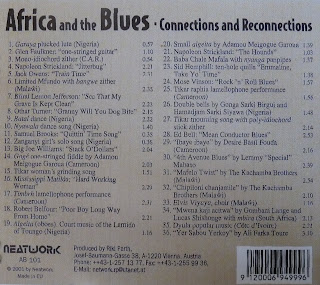 "In 1969 Gerhard Kubik chanced to encounter a Mozambican labor migrant, a miner in Transvaal, South Africa, tapping a cipendani, a mouth-resonated musical bow. A comparable instrument was seen in the hands of a white Appalachian musician who claimed it as part of his own cultural heritage. Through connections like these Kubik realized that the link between these two far-flung musicians is African-American music, the sound that became the blues.

Such discoveries reveal a narrative of music evolution for Kubik, a cultural anthropologist and ethnomusicologist. Traveling in Africa, Brazil, Venezuela, and the United States, he spent forty years in the field gathering the material for Africa and the Blues. In this book, Kubik relentlessly traces the remote genealogies of African cultural music through eighteen African nations, especially in the Western and Central Sudanic Belt.

Included is a comprehensive map of this cradle of the blues, along with 31 photographs gathered in his fieldwork. The author also adds clear musical notations and descriptions of both African and African American traditions and practices and calls into question the many assumptions about which elements of the blues were "European" in origin and about which came from Africa. Unique to this book is Kubik's insight into the ways present-day African musicians have adopted and enlivened the blues with their own traditions.

With scholarly care but with an ease for the general reader, Kubik proposes an entirely new theory on blue notes and their origins. Tracing what musical traits came from Africa and what mutations and mergers occurred in the Americas, he shows that the African American tradition we call the blues is truly a musical phenomenon belonging to the African cultural world.

Gerhard Kubik is a professor in the department of ethnology and African studies at the University of Mainz, Germany. Since 1983 he has been affiliated with the Center for Social Research of Malawi, Zomba. He is a permanent member of the Center for Black Music Research in Chicago and an Honorary Fellow of the Royal Anthropological Institute of Great Britain and Ireland, London."

This week, my post is the companion cd of the book descibed above, 36 tracks of excerpts from both afro-american Blues and african music that illustrates the theories of Gerhard Kubik regarding the vocal and instrumental patterns that occurs in the two musical styles. A fascinating listening experience...

I included photos of the liner notes inside the zip file but to really appreciate this disc, you'll have to read the book...

To Nicolas, of "River's Invitation"

As I told you, I received the book by mail a few days ago without the Cd so your post will be more than valuable for me !!

Can i have it,please?

Now I'm halfway into the book, and the musical companion is awesome !
I had heard some of it on the Afropop site (especially the two comparisons with African and blues musicians)
I'll come back to it on my blog

Thank you for your great work!

Discover the latest posts from your favorite music blogs at one place!!

we added your blog

It's very helpful. Thanks so much. The book's great too.

I have download it again in the hope of being able to unzip this time, but still asking me the password .....

Ngoni, i don't know about this problem... I don't put a password for any file i upload...
Sorry

I tried to bring the folder to another computer, download it again, transfer it to my mediafire account and re-download from there and keeps asking me password.

Please upload it again when you have time.